Bears on the Road

"At the very beginning of my journey, on my first day at work in The Netherlands, a colleague took me in, showed me my desk and my computer. The computer was running Windows. In Dutch. At the interview, they’d been all about the English. Nobody mentioned that anymore. A while after, the boss walked in and called me into his office. He told me – you’re fired."

This book is a collection of personal stories – experiences from the life of an entrepreneur. Stories about emigrating and job insecurity; stories of how an entrepreneur was born and how the idea to invest in Serbia came about, how KupujemProdajem started and how it grew; about the struggles business brings with it and the problems along the way (the bears) that have brought insight and turned an entrepreneur into a manager and business leader.

Anyone thirsting after valuable experience will find these stories full of knowledge, insight, and emotion too: stories about starting and growing your own company, about working in a small or large company, about negotiating with investors, and about managing people. And for anyone wondering what goes on in the minds of their bosses, managers and directors, and what obstacles (often mental ones) they have to face, Bears will come as a revelation.

Bojan Leković is the founder and CEO of KupujemProdajem, a company which since its establishment in 2008 has grown into the largest Internet platform in Serbia and one of the top 100 classified ad sites in the world. Bojan has worked as an independent new business development consultant in The Netherlands and as Innovations Manager for Royal PTT Netherlands (KPN).

He has conducted academic research, first in microcomputer systems at the University of Niš in Serbia having previously graduated from the same institution in Electronics and Telecommunications, and later at Delft University of Technology, close to The Hague, Netherlands, conducting Internet-related research.

He has also completed the Strategic Management Programme at Erasmus University Rotterdam, one of the most prestigious schools of management in Europe. He is President of the Dutch-Serbian Business Association.

He is married, has two daughters, and has lived in The Netherlands with his family since 2000. 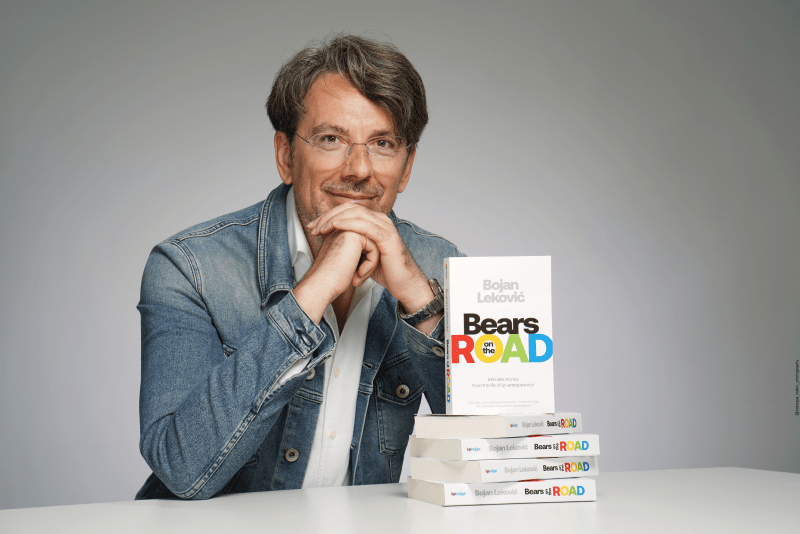